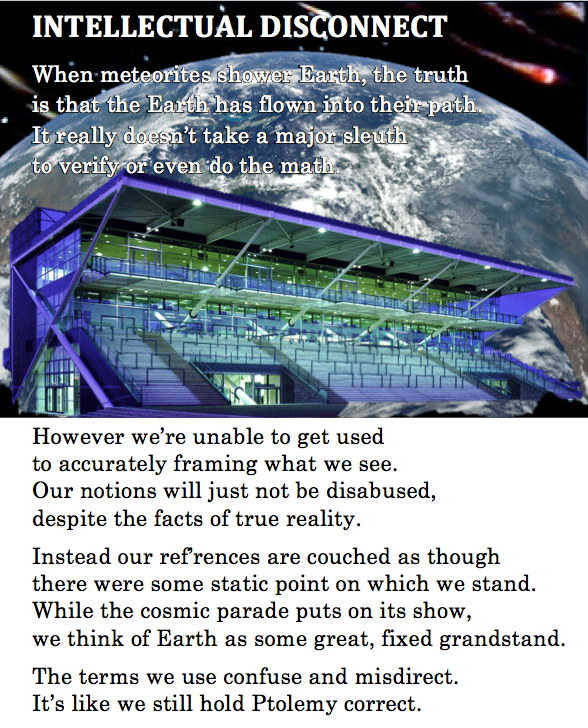 Ptolemy was a geocentric mathematician who rather ironically wrote one poem used as a scholion (explanatory comment in the margin of a text) on the preface of the Syntaxis (the original title of the Almagest, his treatise on the mathematics of astronomy).

“I know that I am a mortal, a creature of a day; but when I search into the multitudinous revolving spirals of the stars my feet no longer rest on the earth, but, standing by Zeus himself, I take my fill of ambrosia, the food of the gods.”

Of course, if he was truly standing by Zeus, his perspective might have been clearer and he would not have needed “multitudinous revolving spirals” to explain the simple orbits of the planets around the Sun. 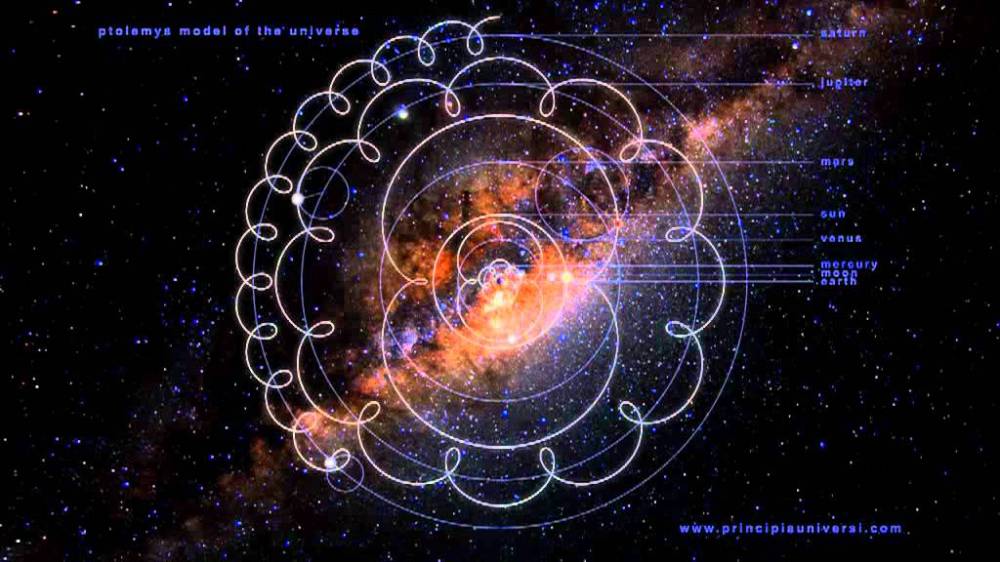 Although his mathematical explanation was genius, and survived long after his second century death, he was unfortunately operating under the mistaken premise that the Earth was the center of the Universe.

One thought on “Intellectual Disconnect”